What are invasive non-native species?

An invasive non-native species is any living thing which has spread outside its native range and causes environmental and/or economic harm in its new environment. 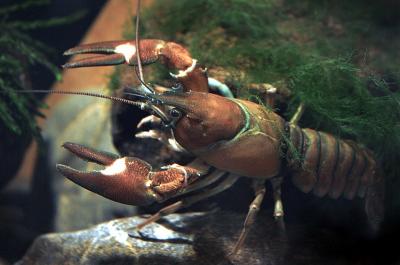 Invasive species are often introduced into new areas by humans. For example, many invasive plants and animals in the UK were deliberately brought here by the Victorians as ornamental species, which then escaped into the wild. They can also arrive in new areas via the ballast water of oceangoing cargo ships, attached to ships hulls, or on equipment. Other accidental methods include introducing non-native species as “hitch-hikers” on imported food and goods such as soils and timber. Once established, many of these species often spread via rivers and waterways.

While there are many pathways of arrival, invasive species can pose one of the most serious threats to biodiversity worldwide. They can cause the extinction of native plants and animals, reduce biodiversity, compete with native organisms for limited resources and alter habitats. This can result in huge economic impacts and catastrophic disruption to ecosystems. It has been estimated that damage caused by invasive species amounts to almost five percent of the world economy! In Britain alone, these species cost our economy approximately £2 billion a year.

Some invasive non-native species found in and around Norfolk

There are many invasive non-native species in and around Norfolk. Those below have been identified as posing some of the worst threats to native biodiversity.

I want to report an invasive species

If you wish to record a sighting: